One (part of a) dream last night was pleasurable. I was in a state of peace with loved ones, cuddling with a lover.

I picked a new spot for my run today.

I have few grey hairs – none on my head. It’s humorous to me. Mami says it’s my sangre  india. My father mostly has grey hairs only on his chin – I always fantasized about a grey-haired chin for myself. Specifically, since I was a child and convinced myself that I was the reincarnation of Dalí (though he died just after my 4th bday), I desired a chin of hair, long enough that I could pet while I was pondering.

Today my grey eyelash has been tickling the other lashes. It’s fuckin annoying because we are advised against touching our face. Is there anyone else feeling this restriction quite difficult? Previously, since maybe the Dalí-esque years, I began scratching. Around 32, I began uncovering the traumas that led me here. 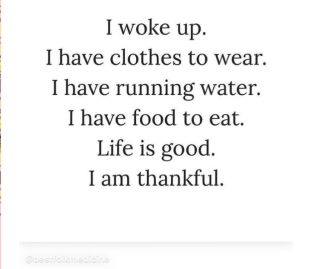 Part of my morning was spent with this Seminole Gator after my morning run. Today, timing was everything. I left just after dawn, and the entire park was mine for almost one entire hour. Gator had a real chill vibe. Just came to see what’s up. I keep going back to the music –  did my noise improve the silence? Tiernx hated Pandora’s Tool, RATM, SOAD, TMV radios… I even tried Rodrigo y Gabriela and, they were not having it. Tiernx, my catdog, like plants and cheese and yesterday’s squirrel, prefer Hip Hop; my Comps 2 that need revising is about Hip Hop. I wonder what Gator wondered.

Then things got very weird. I did a lot of writing and I don’t know where it all went. I also made a trip to the bank drive up and to get my meds. Astonishing to see so many people out and about without gloves or masks, in groups, doing sports. WTF Florida? Scary! I know I look like a damn fool, but I’d rather be overprotected.

I’m such a hypocrite. Last year I went fishing at night with Luis, during shark season. I was WhatsApping Adamcito “Cornwallis” being nostaligic – I remember the canoe trip we took in which we felt gator tappings, which could have led to being shoved overboard and made their dinner. HOLY SHIT THAT WAS TERRIFYING!!

So today was a day of reminiscing of a lot of very very stupid dangerous shit – kinda still cool but holy fuck how are we still alive?

We almost all got arrested for playing manhunt in that one neighborhood where half of Bokey lived – I remember Carl got so mad saying if he was gonna get arrested it would be for whatever was in his trunk and not for playing a game with friends after school.

We paid a homeless person to buy us beer, which we shared in some random field one time. We were with Matt and Ben that night – that scary as FUCK SHITTY NIGHT we almost got shot by the land owners. They would have shot a bunch of teenagers for sharing a coupla beers on stolen Seminole lands. Gross, dude.

That redneck, I now see, undid a lot of Brooklyn. I think maybe only 2 non-family people may know that I lost my accent around the age of 7, when I began religious school (because CFL had notoriously “poor ed standards”).

My best friend and I skipped school to practice muddin’ when she got her first truck. We’d see gators sometimes ’round those parts but it never frightened us then.

Fire-blazing-marshmellow-flinging? That’s def some Sanford fun right there. La florida is a very tristapena fuckedupshit thing I go through.

Then, tonight I felt that my interactions with various swamp life and then these great thinkers of our time contributed to my hope in humanity:

My thoughts were redirected for the evening, building from my intended work… 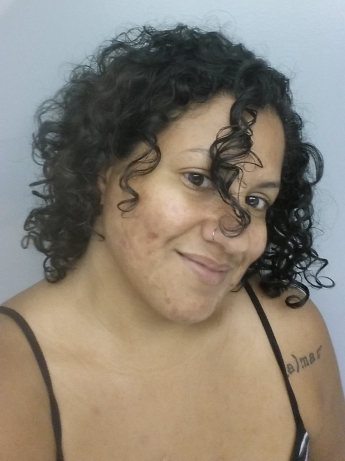 I’m loving how my curls are growing in after a full year of leaving them to develop naturally without dying or burning and avoiding chemicals on most days.

“Get By” picks me up